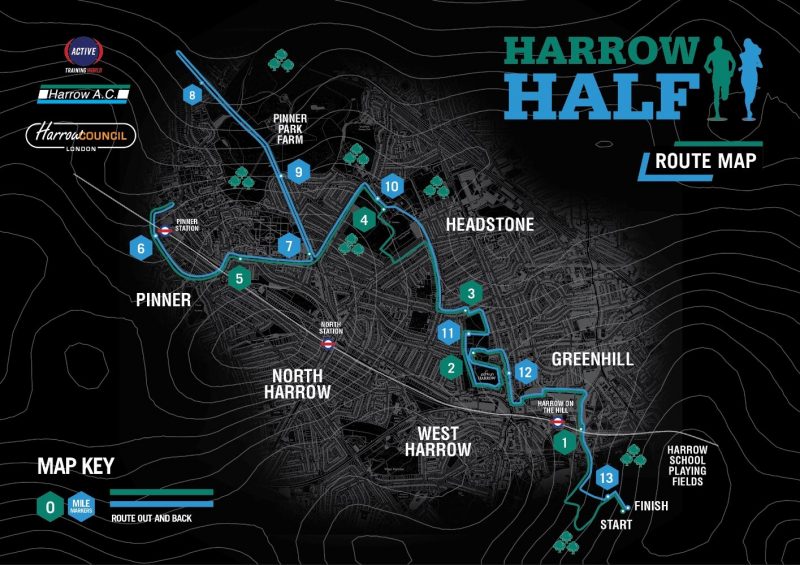 Just what are five blokes on bikes doing in the grounds of Harrow School at 400am on the first Sunday of July? As night turns to day, it looks very furtive and suspicious. Fortunately there’s an innocent explanation. With exactly eleven weeks and five hours to go…it’s time to get the Harrow Half Marathon course officially measured and certified.

Hugh uses a counter on the front wheel of his bike, which he’s calibrated against distance and converts those numbers to arrive at an accurate measurement. 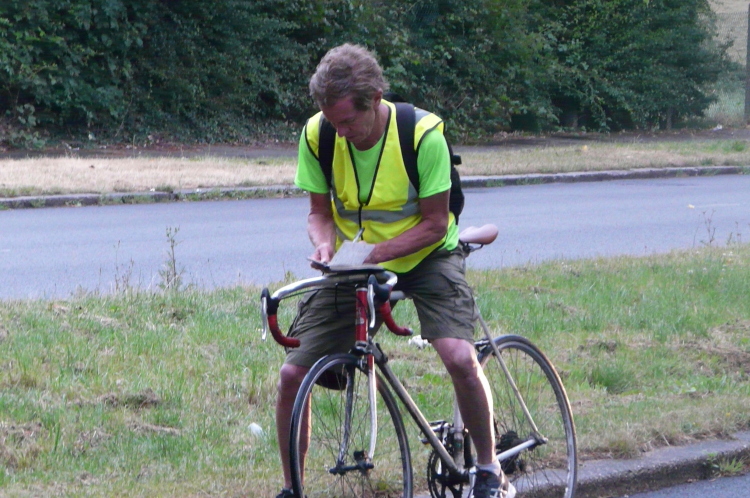 As we set off, Hugh is escorted by James Shipley from ActiveTrainingWorld, who is helping to stage the event, plus Kevin Concannon and myself from Harrow AC. Ian Slaney, Harrow Council’s traffic supremo (who has plotted the route, the road closures and bus diversions) will drive behind, to protect Hugh from any traffic. The race will start in the grounds of Harrow School, gently rising close to the top of Harrow on the Hill before dropping down to Harrow Town Centre.

Hugh describes the first mile as “very challenging” but the course soon settles down as we strike out. It’s getting lighter but unfortunately with the daylight comes light drizzle. In general, Hugh says the problems with measuring tend to be struggling against traffic but “this was surprisingly easy compared to what I thought it might be but that’s largely because we started at ten past four in the morning and finished by six on a Sunday morning. It’s the best time to do it particularly in the summer, when it’s light for most of that time.” 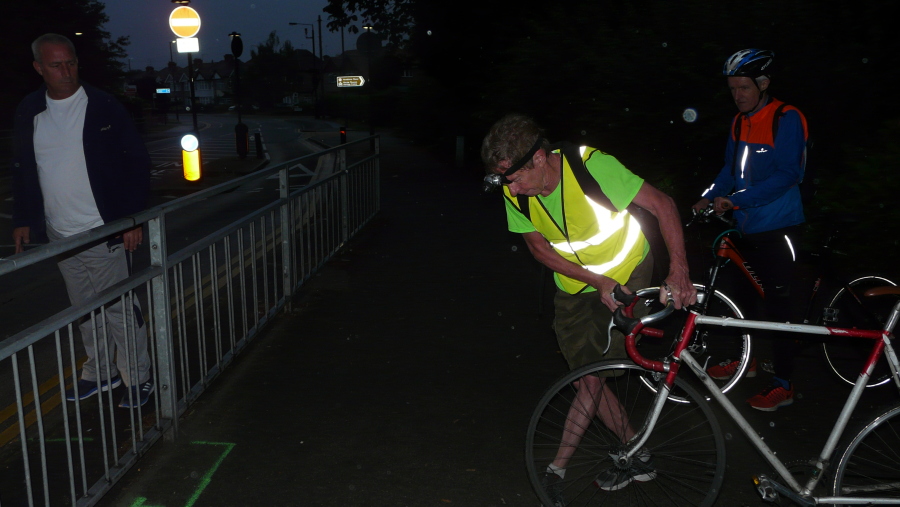 Hugh’s approach is meticulous, as you would expect. Stops are frequent as he makes notes on one mile markers and gets clarification on which roads and lanes will be closed to traffic. They all affect the racing line. In the picture above, Hugh confirms with Ian which railings on the edge of Headstone Manor will be removed for the race. The course distance has to reflect all the corners, which the runners could cut on race day. It’s obviously crucial that the race distance is accurate and fortunately it’s very rare that mistakes are made. 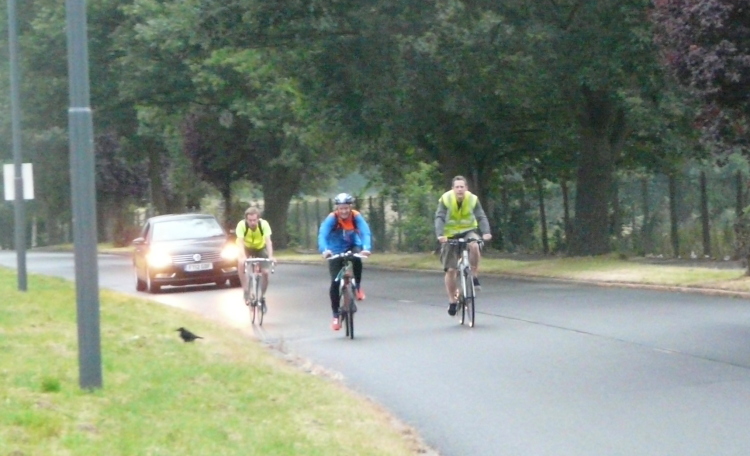 The Harrow Half is a course of contrasts as the route goes past iconic venues and shopping centres, and through parks and open spaces. It’s a good route for spectators too with plenty of good and accessible vantage points. 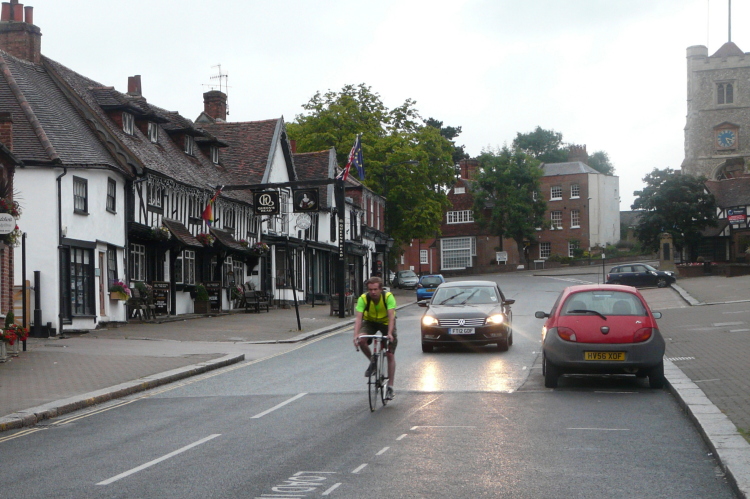 Hugh remembers running the original Harrow Marathon and Half Marathon in the 1990s and also measuring the course then. He wouldn’t describe this course as the most exotic he’s measured; that honour goes to the Tibet Sky Marathon, run within sight of Mount Everest. Nevertheless, he’s positive about the Harrow Half course. Despite the challenging start and the last 400 metres he describes jokingly ”as suicidal” – it’s a steep downhill section onto the Harrow School playing fields – “other than that it’s beautiful”.