The results are now posted here, and below are a few snaps from the fixture.

If anyone would like a high resolution copy of their photo then please get in touch with Mike Lepps. 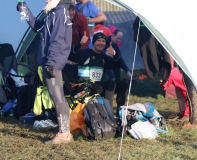 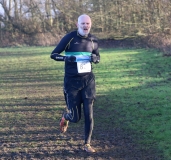 Damian Nevins continued his strong post-injury comeback with a great sixth spot while skipper Jim Cooper, in 11th overall, was first over-40 veteran and took silver for the season. Alan Wray was third over-40 veteran, in 20th spot, while Philip Benson completed a good Chiltern League season in 31st place.

Chris Finill clinched the individual over-50 title, placing 44th overall, while Mark Cursons, in 57th, took over 50 silver. Danny Skeffington was fourth over 50 in 69th.

Laurance Edwards and Sam Bickerstaff finished an excellent fourth and fifth, respectively, in the under-13 race to lead Harrow to fifth team place. Matthew Crow was a very good fifth in the under-11 race.

Amy Concannon finished a good 25th in the senior women’s race while Katie Watkins finished fourth overall in the under-20 classification.

Harrow Athletic Club’s junior (under-20) women’s squad made a great start to its Chiltern League campaign with a narrow victory in Watford’s Cassiobury Park on Saturday, writes Tony Bush.

Megan Wilson was Harrow’s leading runner, in seventh spot, and she was well-supported by Marella Whitfield (11th), Eilish O’Grady (13th) and Rachel Ayrton (30th), as Harrow won by two points from Wycombe and Chiltern.

Emily Antcliffe was Harrow’s top runner in the senior women’s event, placing 18th, while Lilian Cottrellwas 22nd in the under-15 event and Sophie Peters finished an excellent 12th in the under-13 race. Eve O’Goan was a good 13th in the under-11 event.

The senior men’s team was severely depleted by injury and unavailability and could manage only ninth team place, its worst result for many years.

Matt Carey was Harrow’s leading runner, in 26th spot (below his best), while Philip Benson ran well for 30th spot. Mark Cursons, who finished 50th overall, was third in the over-50 category.